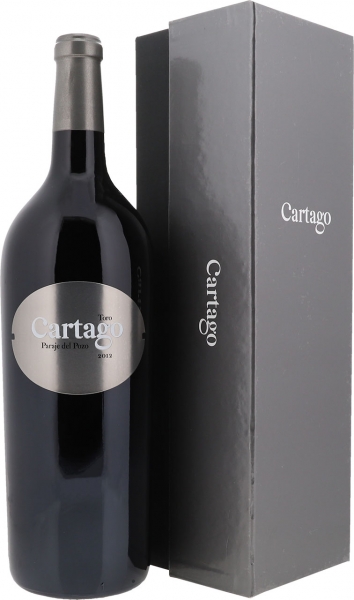 There is a new label from Maurodos, a 'Gran Reserva'-styled red from a single vineyard that will be launched in April 2017, the 2012 Cartago Paraje del Pozo. It is Tinta de Toro (Tempranillo) from an ungrafted 45-year-old vineyard with contained ripeness planted on sandy soils, which tend to produce the most elegant wines of the region. It also contains 10% of other more aromatic grapes. It matured in brand new French oak barrels for three years. It certainly has something in common with the 2013 San Román; it shares a slightly wild and rustic profile, with lots of iron notes and an earthy touch. The extended élevage has polished the palate and the wine has a sleek texture. The nose keeps developing in the glass, with spicier notes, aromatic herbs and things that made me think alternatively of Barolo, Bordeaux, or even of a red from Douro sometimes. The wild side definitely showed hints of leather and beef blood, somehow meaty and earthy. A noteworthy debut. 1,900 bottles and 90 magnums were produced in this first vintage. - Luis Gutiérrez, Feb 2017
Details
Weitere Empfehlungen für Sie